According to Roger Mordeau, author of a ‘Trip to the Supernatural” a former spirit worshipChristiannt christian, claimed that he was told by a ‘high priest’ that many things would begin in the 1700’s to ‘usher in the end times’.  It was said that the purpose was to declare the coming INDUSTRIAL AGE that would usher in the end times, followed by an age in numerous scientific discoveries.    What most vital to understand about this is something that even Roger Mordeau didn’t seem to catch:

The fact that Industrial chemicals and modern chemistry is what has destroyed not only earth, but man to date.

There were 3 main things discussed that tackled both the earths elements and information.

1. TO make people believe that Satan and his angels DO NOT exist.  Many believe this was the Alien/UFO deception, as UFO’s seen are demons.  This also brought forth the belief in space – that these aliens and UFO’s are coming from realms outside of our ball earth.

2. To have total control over the minds of People through Hypnotism and Mesmerism.   This is done via industrial chemicals and electromagnetic frequencies.  Both usually work in combination with each other for better results.  They result in the body having a lower frequency, changing brain wave patterns and alertness.

3. TO destroy the Bible without Buring it through the Theory of Evolution.  By doing this, not only does #1 work better, but it leads people to hopelessness, the feeling of being lost – that there is no savior, discrediting not just one book, but all of them, indirectly.

If you look at all of the mainstream biggest scientific discoveries, you will see that majority of them have to do with space (which includes physics), and chemistry (chemicals). 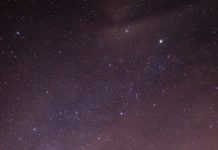 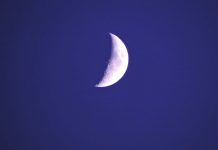