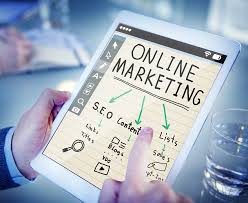 Walker, Kenneth Macfarlane (18821966)
Surgeon and author of books relating to parapsychology
and mysticism. Walker was born in 1882 in London, England.
He studied at Cambridge University (M.A., M.B., Ch.B.), the
Royal College of Surgeons, and the International College of
Surgeons. He was a captain in the Royal Army Medical Corps
during World War I (191519) and later a consulting surgeon
at London hospitals.
As an adult Walker was introduced to the writings and work
of Georgei I. Gurdjieff, a mystic. In England he studied with
Maurice Nicoll and P. D. Ouspensky. He visited Gurdjieff in
France in 194849 (a visit described in a 1952 article). He wrote
both autobiographically of his time as a Gurdjieff student and
about his philosophical conclusions. By the time of his death,
January 25, 1966, he was a well-known exponent of Gurdjieffs
perspective.
Sources
Driscoll, J. Walter. Gurdjieff An Annotated Bibliography. New
York Garland Publishing, 1985.
Walker, Kenneth. Diagnosis of Man. Harmondsworth, U.K.
Penguin Books, 1942.
. I Talk of Dreams. London Jonathan Cape, 1946.
. The Making of Man. London Routledge & Kegan
Paul, 1963.
. Meaning and Purpose. London Jonathan Cape,
1944.
. A Study of Gurdjieffs Teachings. London Jonathan
Cape, 1957.
. The Unconscious Mind. London Rider, 1961. Reprinted
as The Extra-sensory Mind. New York Emerson, 1961.
. Venture with Ideas. London Jonathan Cape, 1951.